In November our CEO Ivo Georgiev was invited by Chainnode, a respeced cryptocurrency media, to participate in an AMA session with their Chinese community. People were very excited and Mr. Georgiev got tons of questions - in fact, they were so good that we decided to share some of them with you on our blog. Over the whole session Ivo received more than 50 questions - we selected the most interesting ones and grouped them into three topics - The AdEx advertising platform, The AdEx Staking and Farming Portal and the Ethereum ecosystem.

❓ Staking and liquidity is one of the challenges that Staking is facing at present. Joel Monegro, co-founder of the blockchain investment agency Placeholder, once proposed to use Balancer pool token as liquidity proof and use it instead of the network token for staking so that liquidity can increase with staking. What do you think of this idea? What is your solution to solve the problem of liquidity?

👨🏻‍💻 ADX is quite liquid as it’s listed on leading exchanges such as Binance, Upbit, Huobi and others. We’re market making some pairs ourselves. But there’s also Uniswap and Balancer pools that are both incentivized using a similar idea - you can stake the LP tokens to get ADX rewards using our farm: you can learn more here: https://www.adex.network/blog/adex-farming/. Currently, there’s over $3.5 on those pools, as well as millions of dollars of liquidity on Binance, Upbit and etc.

❓ AdEx is deploying in the field of DeFiand staking, what does this have to do with decentralized advertising?

👨🏻‍💻 It is important to remember that our staking initiative is not done without a reason - our ADX holders stake ADX against the reputation of validators and thus ensure stability to our ad network. Staking and the ad network are tightly intertwined.

❓ Is the current DeFi staking really decentralized? Personally, the DeFi concept gives me an impression that the yield and price can be manipulated, and seemingly it is evolving into a scam. The best case in point are those hyped farming DeFi.

❓ The AdEx project has been developed for a long time. How is the progress so far? What is the source of funds to maintain the development and operation of the project?

👨🏻‍💻 The progress can be tracked on our website and our blog, but most importantly - everyone can register on our advertising platform and see how it works. The platform has been released for almost a year now and we already have more than 300 active publishers and advertisers generating more than 1 Million impressions daily. The source of funding is a crowdsale of ADX tokens in 2017.

❓ Since the recent hacking of Harvest Finance, what are the security precautions your team has taken to protect the company and its users from potential losses? Is there a risk reserve?

👨🏻‍💻 Yes, we maintain a reserve - but more importantly, we take serious security precautions. We have multiple audits, but this is not enough, so we also conduct in-depth in-house reviews, maintain full test coverage, and most importantly - we keep the code as simple as possible to protect from unknown attack vectors.

❓ This month, AdEx launched its first governance poll. How much ADX do community members need to hold to participate? How to ensure the fairness and transparency of the voting process?

👨🏻‍💻 We use snapshot.page which is a great way to collect transparent votes without manipulation. There’s no minimum ADX - you use any amount of ADX to stake and get ADX-LOYALTY, and then you vote with this. .

👨🏻‍💻 Impermanent loss is by definition a risk of providing liquidity. It’s not a new thing for DeFi, in traditional markets it’s simply called “inventory risk” and it’s the same thing. Providing liquidity on Uniswap means you always maintain equal values of both tokens, and that position is self-rebalancing. If you want a long position on an asset, then sure, this will lead to impermanent loss, but if not - then a self-rebalancing 50-50 position is what some LPs actually want. In conclusion, impermanent loss is part of the game and not always bad.

❓ What is the AdEx Network strategy to deal with this huge encryption market? I mean in terms of dealing with the investors to encourage them to continue their trading on AdEx Network so as to grow communities and increase market liquidity. In addition, what are your goals for 2020 and 2021? How friendly is AdEx Network’s DeFi to new users?

👨🏻‍💻 We regularly post development updates and technical roadmap to familiarize our supporters with our plans, you can check the last one here and our latest staking roadmap update can be seen here. We believe AdEx Network’s DeFi products are pretty friendly to new users - we constantly maintain a rich help section and we publish tutorials and walkthroughs on every new feature we publish. On top of that AdEx Network’s products have a very user friendly UI design.

👨🏻‍💻 You can check the current amount of ADX tokens on Coinmarketcap - there are currently 114 Million ADX tokens in circulation. You can buy ADX tokens on major exchanges or get more ADX by staking ADX or farming ADX on our Staking portal.

👨🏻‍💻 With the development of our project and the various ADX incentives we are introducing we are trying to raise more awareness on the ADX token and get more people to buy, hold and trade it. We believe that more and more people will start using ADX and the distribution numbers will change.

❓ What is the relationship between ADXtoken and ADX loyalties token? Why does AdEx Network need an ADX loyalty token when it already has ADX token? Why not directly grant the voting rights on the ADX token?

👨🏻‍💻 You can learn all about the ADX-LOYALTY token on our blog, since there is a lot of information. However, in a nutshell there is a limited amount of 25 Million ADX-LOYATLY tokens that can be claimed for staking $ADX tokens in the ADX Loyalty pool. When unbonding your stake, you get your $ADX back and the ADX-LOYALTY you had is burned. Users will be allowed to vote in areas regarding the development of AdEx Network.

❓ What is the release time, circulation and maximum supply of ADX? How was ADX distributed in the first place? What is the ADX percentage reserved by the team?

👨🏻‍💻 The initial ADX supply was released on a crowdsale in 2017. There are currently ~114 million ADX tokens in circulation with a maximum cap of 150 Million ADX.

❓ AdEx originated in 2017, a veteran project you are. And I noticed that AdEx has also started business in the realm of DeFi,. As we all know, DeFi is really on fire this year. Many projects that have been silent for a long time have taken advantage of DeFi’s hype to attract eyeballs. Is AdEx’s involvement in DeFi consistent with the original intention of the white paper or it’s just to cater to the current market as a compromise?

👨🏻‍💻 It’d be a lie if we said that DeFi was in our plans in 2017 since no one had heard of or imagined DeFi back in 2017. However, developing a project means adapting to trends on the go and we don’t see anything bad about it. We saw a good potential for bridging decentralized advertising and DeFi through our ADX token and we went for it.

❓ For us ordinary holders, to choose between different staking service providers or mining pools, we need to consider a lot of factors such as what mechanism does the platform use to protect the safety of the staking assets? Will the platform grab the money and run? What is the wayin which the platform runs the validation node, whether it uses a self-built machine or hands the business over to a third party for a solution? If the validation node is punished, will it affect the interests of token holders? Can the stakedassets have liquidity, and where can the corresponding liquidity tokens be traded?

❓ Whether existing DeFi projects (such asUniswap, MakerDAO) can be integrated with ADX? How to attract more projects to build on ADX? What do you think of Stafi? The main concept of the Stafi is to release the liquidity of the staked assets by issuing derivative tokens. What Is the difference between ADX and Stafi?

👨🏻‍💻 ADX token is already traded on Uniswap and for our recent ADX Farming incentive we integrated 4 Uniswap pairs for which we enabled farming ADX. We haven’t heard of Stafi, but the concept for unlocking liquidity for staked assets has a good potential. 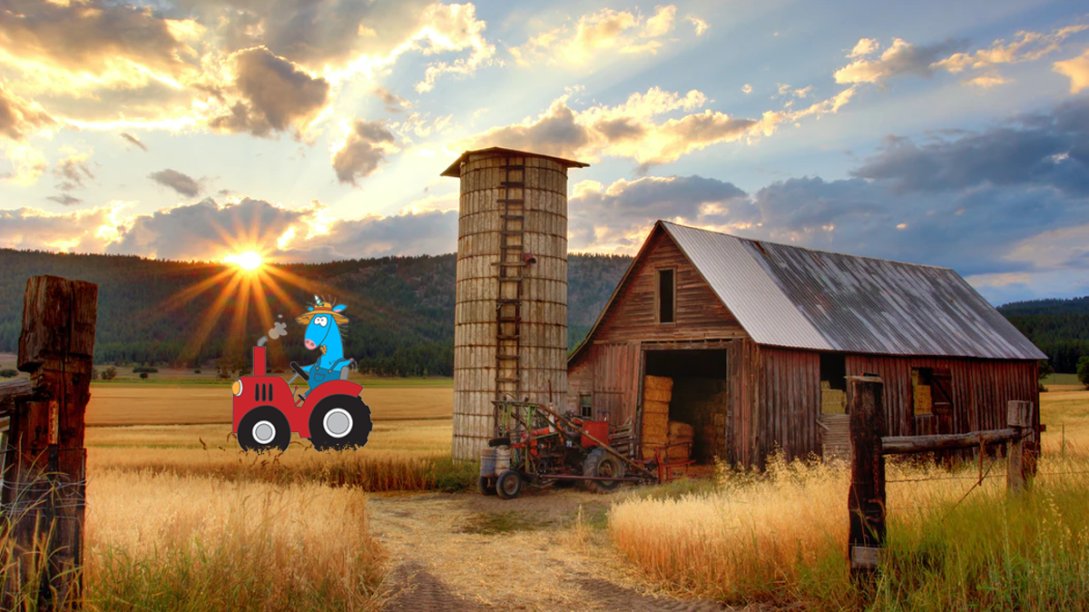 ❓ How is the governance mechanism of ADX designed? In what areas of the project do ADX token holders participate to govern?

👨🏻‍💻 We use snapshot.page which aggregates user votes which are submitted as signed messages - so there’s no cost (gas fee) to vote. The votes are tallied for each proposal at a certain block (the “snapshot” block). The areas which ADX holders govern are protocol parameters, such as staking pool parameters (for example, amount of ADX incentives for 2021).

❓ Token destruction is beneficial to allproject because it can control the number of tokens in circulation and provide greater incentives for investors. Does ADX have a plan for token buyout and burning?

👨🏻‍💻 Certainly, we plan a very interesting mechanism for tokene buyout and burning, tied to the reputation of our publishers. In the future we will “punish” fraudulent publishers by using their income to buy back ADX tokens and burn them. We have various buyback initiatives too.

❓ My questions are: ETH2.0 takes a long time to realize - at least a few years. How will your project operate during this period of time when ETH2.0 is not yet mature?

👨🏻‍💻 We are currently working on Ethereum 1.0 pretty well, so we are not that dependent on waiting for Ethereum 2.0.

MORE ON THE ADEX BLOG

Swap Any Crypto for ADX on ChangeNOW and You Can Win

What happened to network fees?! Understanding how Ethereum gas works

In 2019 advertisers are spending even more on digital advertising. Privacy and fraud continue to be major concerns for the industry while…... Read More